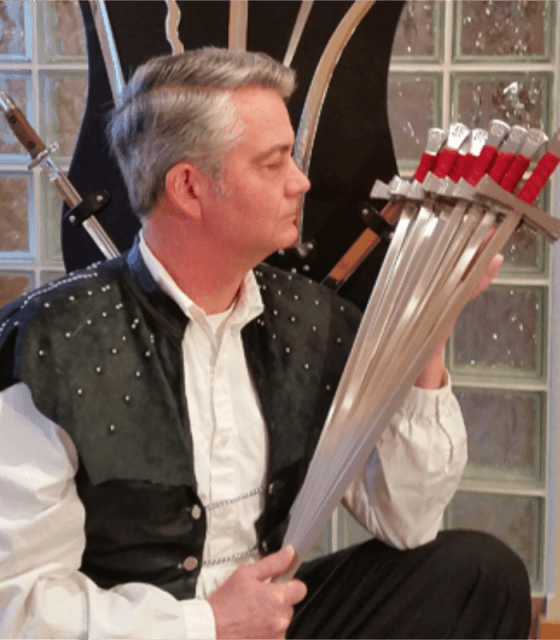 Brad Byers is a world-renowned sword swallower, sideshow artist, juggler, and Grandmaster yoyo tricks expert; entertaining audiences of all ages with his unbelievable and genuine daredevil acts for over 40 years. Brad has appeared on America’s Got Talent, the Late Late Show with James Corden, Cirque du Soleil, Ripley’s Believe It or Not, Stan Lee’s Superhumans, and Ringling Bros. and Barnum & Bailey Circus. Brad has performed in over 25 countries for countless television shows and other venues. His international reputation led the country of Grenada to picture him swallowing swords on their official postage stamp.

Read Brad Byers’ Biography below and learn how he began sword swallowing, became a juggler and Grandmaster yoyo tricks expert. Brad Byers is not a magician or illusionist. All acts are genuine. Brad swallows real swords and many other amazing objects!

Born and raised in Moscow, Idaho, Brad Byers joined a traveling circus as a juggler, shortly after graduating from high school. After a couple of years, he left the circus to focus on television and other international venues. At age 21, Brad considered sword swallowing to improve his act. Brad had never even seen a sword swallower, but borrowed a friend’s college anatomy book for research. Brad asked the clerk at a local Army Navy store if he could try swallowing a sword prior to purchase. Brad swallowed his first sword that day and still remembers the rush from the sensation of that first time he felt the cold steel in his esophagus. In front of a stunned clerk, Brad pulled out that sword, and said “I’ll take it!”

Brad Byers has been entertaining audiences of all ages with his unbelievable and genuine daredevil acts for over 40 years. Additionally, he continues to juggle and is now a Grandmaster Yo-yo artist. His performances have taken him to 25 countries. Brad has appeared at a variety of venues (e.g. casinos, cruise ships, corporate events, mega-churches, festivals, fairs) and on countless TV shows including America’s Got Talent, The Late Late Show with James Corden, Germany’s Das Supertalent, Late Night with David Letterman, Ripley’s Believe It or Not, Guinness World Records Prime Time, Stan Lee’s Superhumans, Italy’s Tu Si Que Vales, Miracle Korea, United Kingdom’s Extraordinary Humans, and Colombia’s International Festival of Humor just to name a few. Brad has been featured on Ringling Brothers Barnum and Bailey Circus and Cirque du Soleil. Brad’s international reputation led the country of Grenada to picture him swallowing swords on their official postage stamp. Taped performances of Brad Byers have been featured in Ripley’s Believe It or Not museums around the world. Brad choreographed and trained actor Johnny Depp for his hubcap spinning routine in the motion picture Benny and Joon.

Brad Byers has definitely gone from a small-town boy to an internationally acclaimed performer. He can swallow a truck axle, giant corkscrew, stove poker, huge pair of scissors, curved sword, wavy bladed sword, bayonet, keyhole saw, common wire coat hanger, and multiple swords at once! Brad is a 73-time world record holder all of which are related to his acts. Some examples include: The Human Toolbox – first person to drill into his head with an electric power drill; Hottest Flame Extinguished on the Tongue – extinguishing a propane blowtorch on his tongue; Bed of Nails Most Dynamic Weight – driven over by a 1,000 pound quad bike while lying on a bed of nails; and best of all, Most Swords Swallowed and Twisted – swallowing 12 swords consecutively then, twisting those swords 180 degrees in his throat! Brad is the recipient of the Lifetime Achievement Award sponsored by 6 world record organizations, Online World Record’s first-ever Extraordinary Performer of the Year award and has been inducted into Record Holders Republic’s Super Human Hall of Fame. 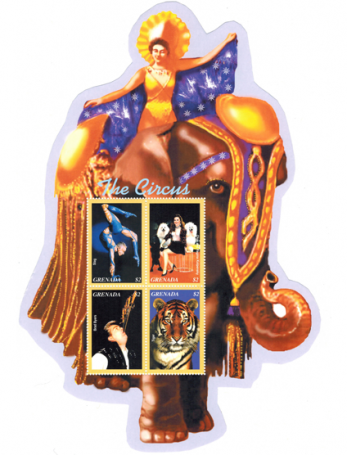 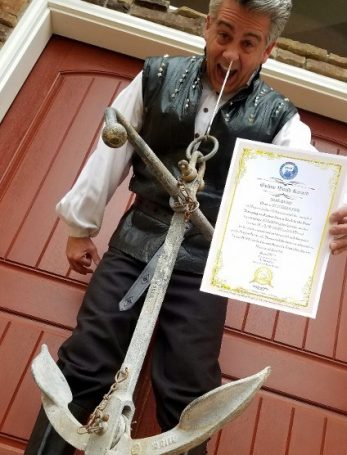 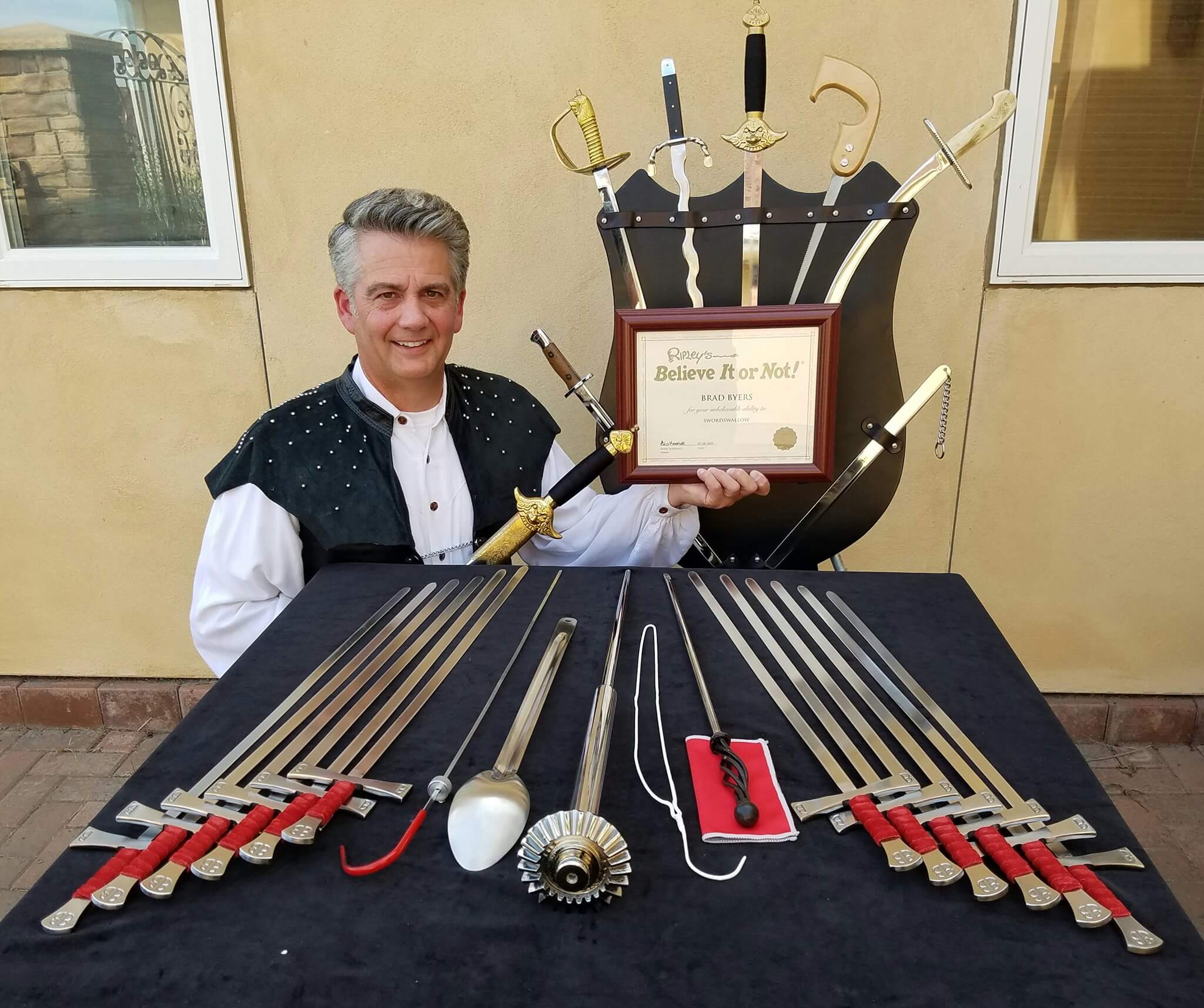 Ripley’s Believe It Or Not
Sword Swallower Brad Byers

No need to look any further, contact Brad today!

DO NOT attempt any of these amazing feats. SEVERE INJURY OR DEATH WILL RESULT! Brad Byers accepts NO RESPONSIBILITY for viewer actions or behaviors. This site contains GRAPHIC PICTURES.